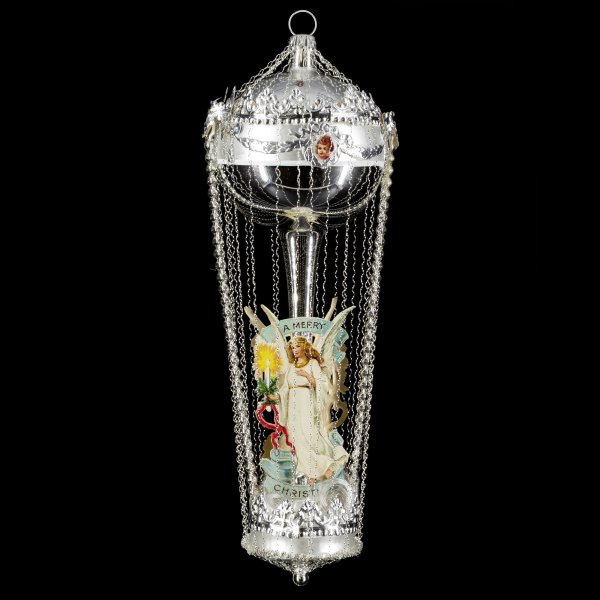 Balloon with double string of beads and 2 angel-oblates, silver