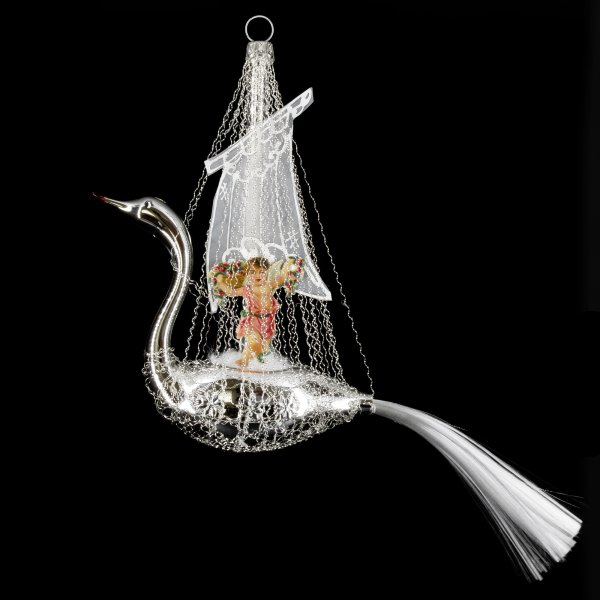 Swan with oblate and sails, silver