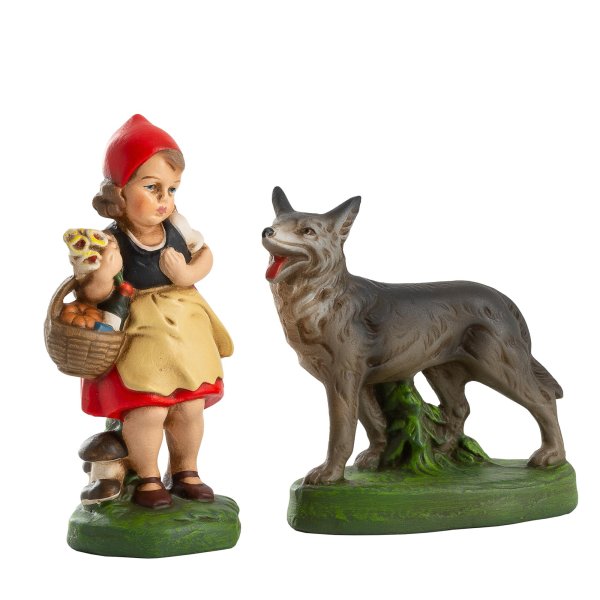 Description Evaluations 0
Description
Who does not know, the fairy tale of the "Little Red", which makes itself alone on the way to... more
Close menu

Who does not know, the fairy tale of the "Little Red", which makes itself alone on the way to the grandmother in the forest and meets there the bad wolf? A fairy tale classic by the Brothers Grimm, who as linguists and folklorists published one of the most comprehensive collections of German fairy tales until the middle of the 19th century.

Even today, the fairy tales of Jacob and Wilhelm Grimm are popular and known far beyond the German borders. With the help of old moulds from the 1920s, we have launched a collection of fairy tale characters, which includes some of the most famous fairy tale fiugres. Start your collection today!

The figure of Little Red Riding Hood and those of the bad wolf are, just like all articles, made from the original MAROLIN® paper mâché mass, are carefully plastered and sanded and then lovingly hand-painted in the MAROLIN® company in Steinach / Germany.

Free shipping at 75 EURO **
Fast delivery
SAVE PAYMENT BY SSL