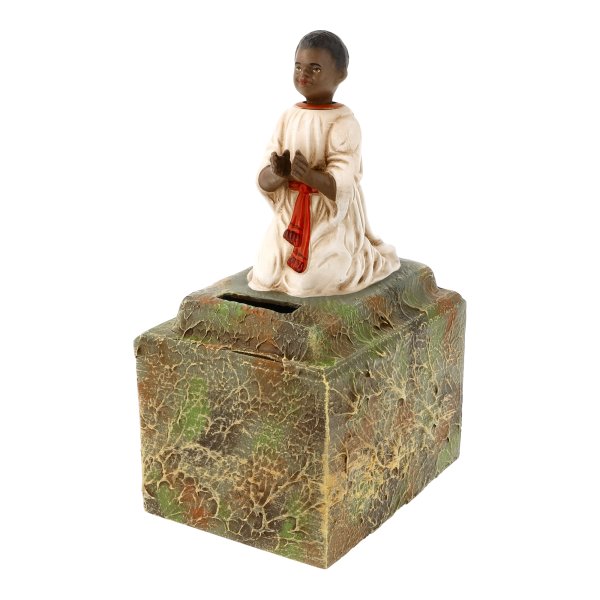 The tradition of the Mission Donating Box starts way back in the 19th century.

The box was mostly around Christmas time placed next to the Nativity scene, to encourage the people to a small donation. Especially children were excited by the figure, that was gratefully nodding the head, when a coin was thrown in.

A personal memento of your own childhood - as well to be used as a money box.